Knockout Groups are very useful to add complexity and style to your InDesign layouts. By combining vectors with photos you can more seamlessly blend your photos into the background, or add extra creativity. Here are some samples of what “Knockout Groups” can do, the transition on this photo is made with a grunge vector and a knockout group. 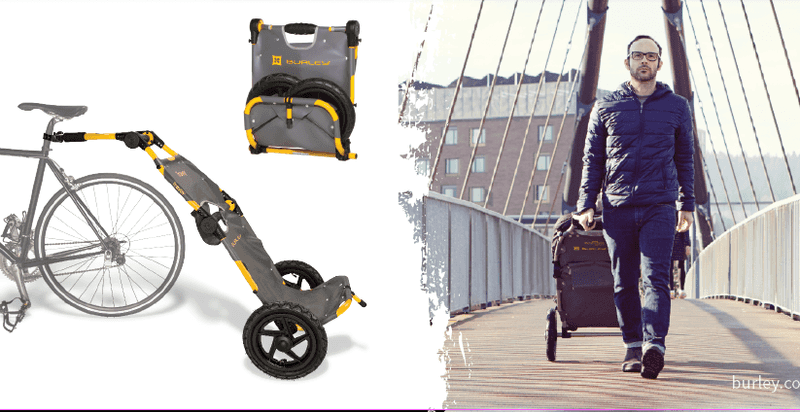 You’ll start by placing whatever you want to show underneath the photo you are “Knocking Out”. In this case a 3 color gradient. Making gradients in InDesign can be a pain, so I would recommend making the gradient in Illustrator and then copy and pasting it over to InDesign. If you want to show white underneath the knockout (as shown in sample 1 above) then you can ignore this step. 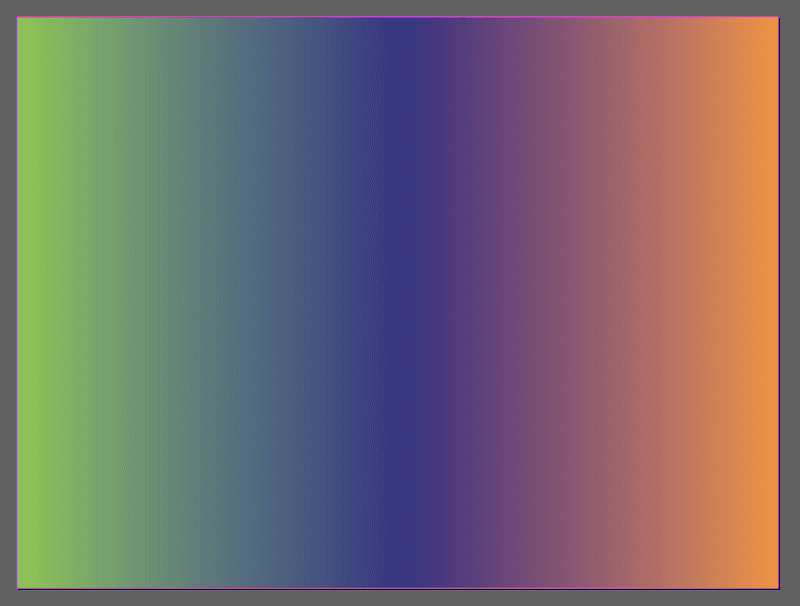 Place whatever photo you are trying to knockout(mask) on top. In this case, a photo of a skate park. 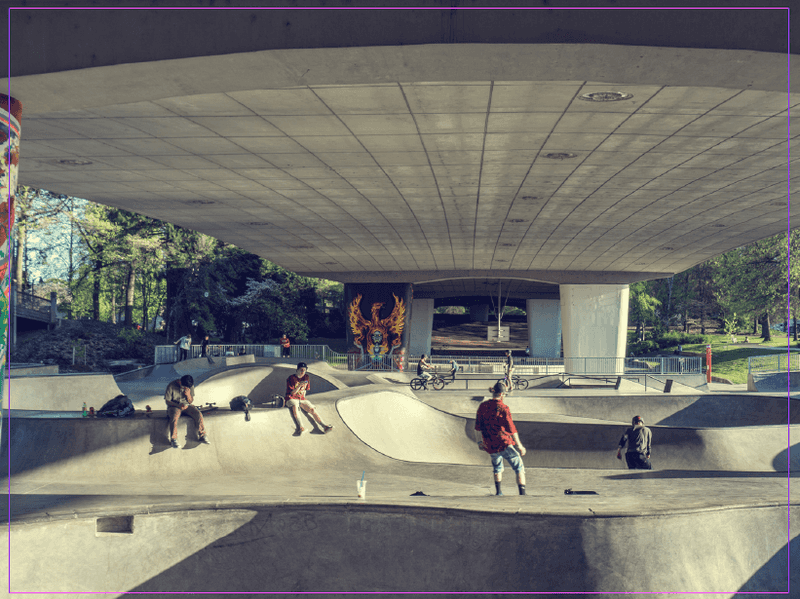 Select Vector That Will Create Mask 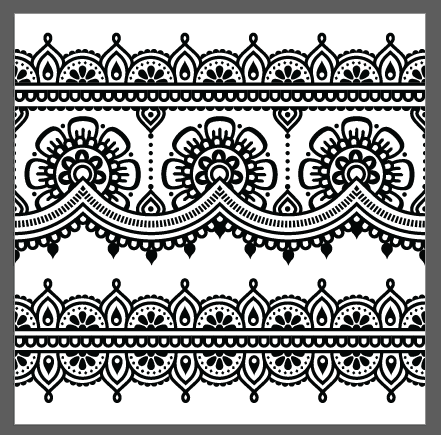 Then go back to InDesign and paste the vector on top of your photo. Resize and position the vector however you want. 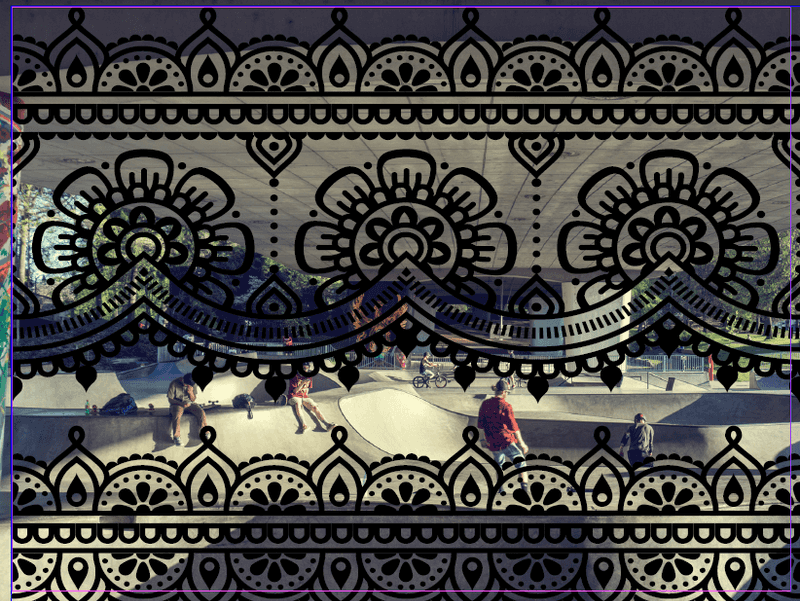 Turn the opacity on your vector layer down to 0% 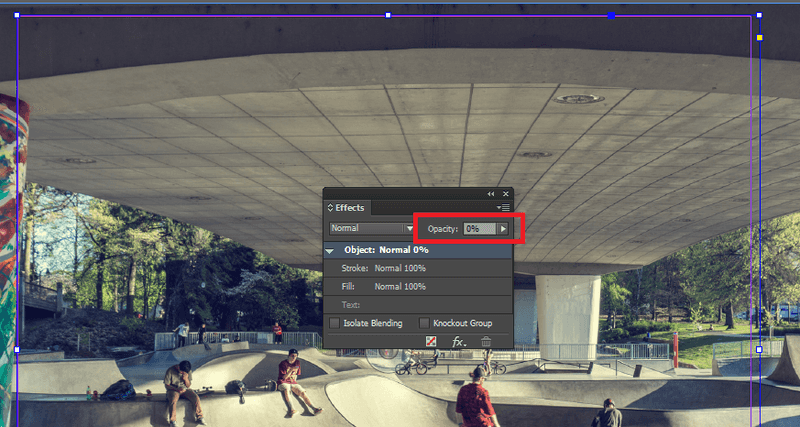 Group the vector layer and photo layer together. Even though the vector is now invisible, it can still be selected and grouped.

Time to knockout! With the grouped vector and photo selected, open the Effects panel and check the “Knockout Group” box. 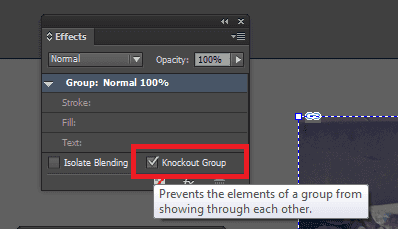 You should now be able to see the gradient (or whatever you had underneath). 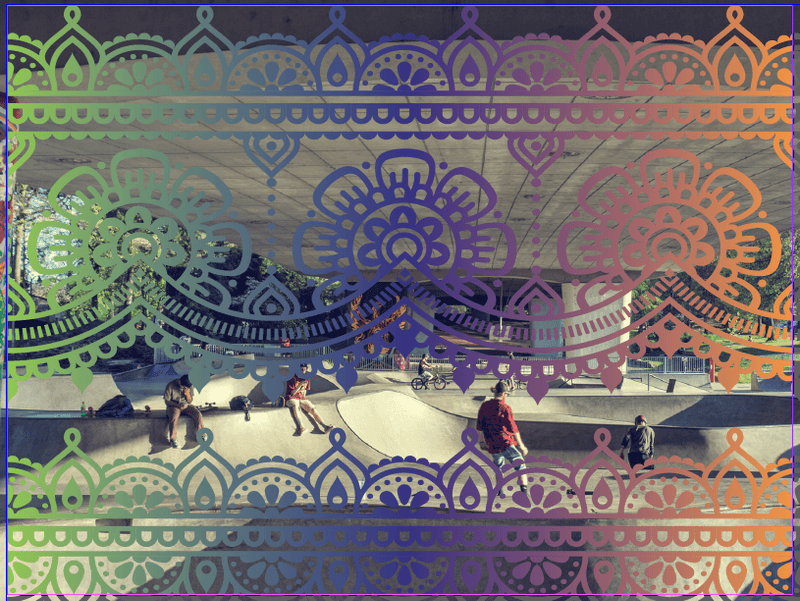