The process of testing where we start with all tests failing and then eventually make them all pass is referred to as red-green testing.

There are three main types of tests; Unit Tests, Integration Tests and Functional Tests (AKA end-to-end tests). The quantity of tests that you write should be roughly in this proportion. 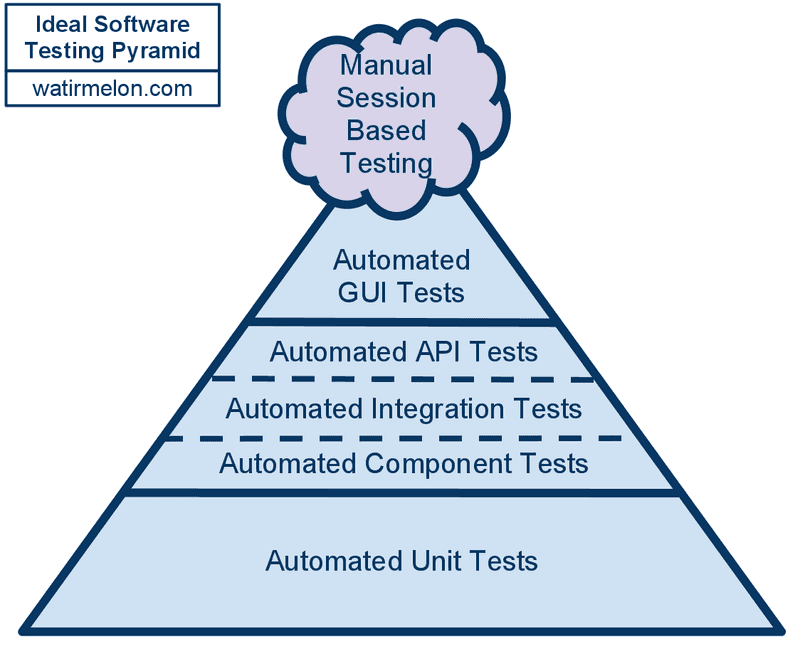 We mock the dependencies so that we can be certain that an error is coming from the unit itself and not one of the dependencies. This makes it very easy to pinpoint failures.

On the negative side it is more likely to break with refactoring.

Unit testing is done with a tool like Jest.

Functional Tests are written with a library like Testing-Library

One of the first things that you have to do when writing a functional test is you have to target an element before you can test something on that item. Elements are targeted using queries.

The most ideal way to target an element is by it’s role, which makes it universal for people who use screen readers. A list of all possible roles has been made available by W3C.

Some elements have built in roles. For example a button has an automatic role of button and an a tag automatically has a role of link.